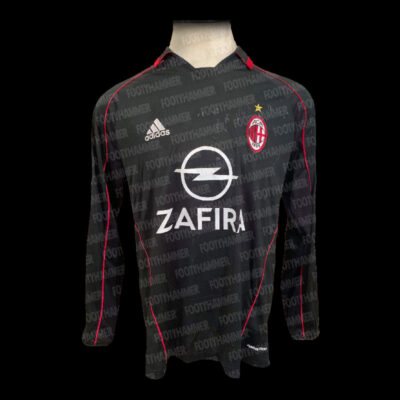 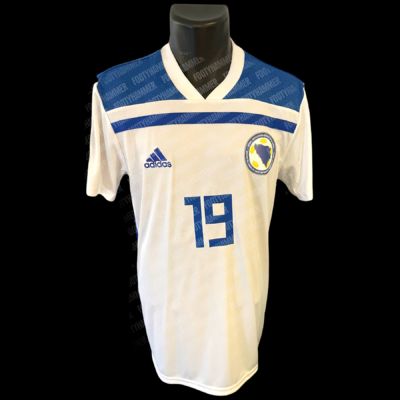 Match issued Enrico Chiesa #18 Italy shirts. Italy beat Wales 4-0 in Euro 2000 Qualifier on 05.06.1999 and Enrico Chiesa came on as a substitute and scored an absolute screamer from outside the box to make it 4-0. He elected to play in short sleeves on the day, this is the long sleeved shirt he did not play in but was made available to him. Italy won Qualifying Group 1 ahead of Denmark with 1 point.

These days Enrico Chiesa is also known as the father of Federico Chiesa, but he is of course also a famous player in his own right. Chiesa Sr. is primarily remembered for his years in Sampdoria, Parma, and Fiorentina from 1995 to 2002.

During these years Chiesa won the European Cup Winners’ Cup, the UEFA Cup, and two Coppa Italias. He was also the top scorer, when Parma won the UEFA Cup in 1998/99. He contributed with eight goals – one of which fell in the final against Marseille.

Enrico Chiesa made his debut for the Italian national team in 1996 against Belgium in a 2-2 draw – a game in which he scored. Chiesa achieved 17 caps with Italy and scored seven times. He appeared in Euro 1996 and the 1998 World Cup.

He was not selected for EURO 2000, since he struggled for form during the 1999/00 season. However, a phenomenal 2000/01 season , during which he scored 22 times in 30 Serie A games for Fiorentina, would see his place with the national team restored. Here he got to play with other Italian superstars such as Paolo Maldini and Gianluigi Buffon.