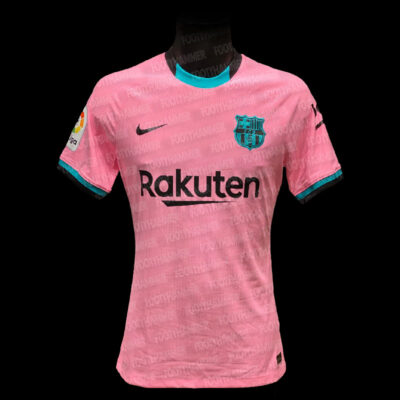 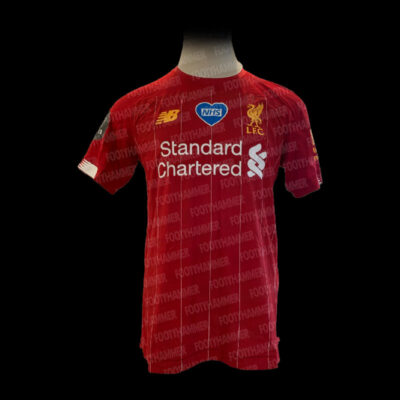 Bid and win this matchworn/issued Mohamed Salah Liverpool Community Shield shirt from the final vs Man City on 4th August 2019 at Wembley. Manchester City defended the trophy they won in 2018, winning 5–4 on penalties. Salah scored his penalty, but Wijnaldum’s miss earlier in the shootout proved to be the decider.

Liverpool got revenge on Man City becoming Premier League Champions 2019/2020 for the very first time. The last time Liverpool won the first division title was back in 1989/90, over 30 years ago!

Mohamed Salah joined Liverpool back in 2017 from AS Roma and was an immediate hit at Anfield. Salah had scored 15 times in his 31 Serie A games during the previous season. In his first season with Liverpool, he more than doubled that tally by scoring 32 goals in 36 Premier League appearances.

As expected, Salah also played an important role in Liverpool’s title win. The Egyptian scored 19 goals in 34 league appearances making him Liverpool’s top scorer by one goal ahead of Sadio Mané. It is actually the only season during Salah’s time at Liverpool, where he has scored less than 20 league goals. Salah probably won’t have minded to much given the importance of this title win.

Aside from the Premier League, Mohamed Salah has also succeeded in winning the Champions League, FA Cup, League Cup, UEFA Super Cup, FIFA Club World Cup, and the Community Shield with Liverpool. He has already secured his place in Liverpool history. Now you can own a piece of that history with this Mohamed Salah shirt.