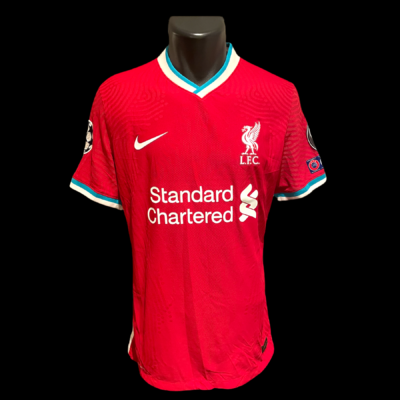 Krunić began his professional career back in 2011 with his hometown club Sutjeska Foca. He had his big breakthrough in 2015, when he secured a move to Italian side Empoli. He stayed for four-and-a-half years, before taking a step up the ladder with AC Milan.

Milan had been a club in crisis, but they were on the up, when Rade Krunić joined. In his second season, he and Milan would go on to finish second the Serie A. The following year, they won the club’s first championship in 11 years with players such as Zlatan, Simon Kjær, and Theo Hernandez.

As mentioned, Rade Krunić has also been an important figure in midfield for the Bosnian national team. He made his debut in 2016 in a friendly against Denmark. At the time of writing, he has appeared 27 times for Bosnia & Herzegovina and scored twice. His goals have come against Armenia and Northern Ireland.

During the Euro 2020 qualifying campaign, from which this bench worn Krunić shirt stems, Bosnia were fairly close to qualifying. They ended up in the play-offs, where they lost their semi-final to Northern Ireland on penalties. It was 1-1 after ordinary time with Krunić having scored the Bosnian goal.