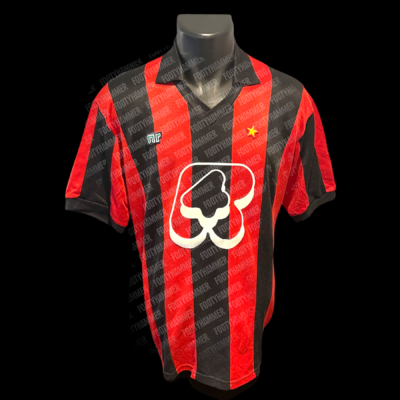 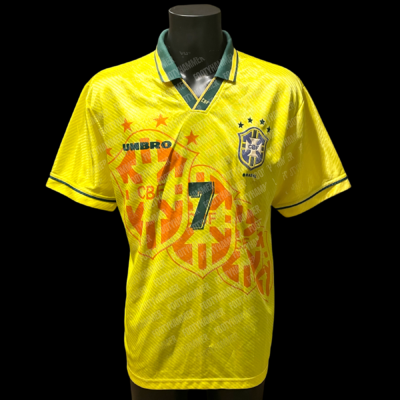 The final finished 0-0 after ordinary play and extra time and the Championship had to be decided on penalties. After Portuguesa’s third shot, all missed, Santos led 2-0 and referee Armando Marques mistakenly blew the final whistle gifting the Championship to Santos FC. There were still two shots left for each team to take again, meaning there was slight possibility of Portuguesa tying the game. When the referee realized the mistake Portuguesa’s players had already left the stadium. Therefore, the Federation proclaimed both clubs to have won the Championship title. Crazy really if you think about it, but it makes this matchworn Jair da Costa shirt even more attractive for collectors!

Jair da Costa was a hugely successful player and won many honours in his career most noticeable the FIFA World Cup 1962 with Brazil. He also won 4x Italian Scudetto’s, 2x European Cup’s and 2x Intercontinental Cup’s – all with Inter where he played 80 games and scored 14 goals from 1968-1972

His time at Inter was only interrupted by a year-long brief spell with Roma before he went back to Inter.

After his time with Santos, Jair ended his career with a year with Canadian side Windsor Star.