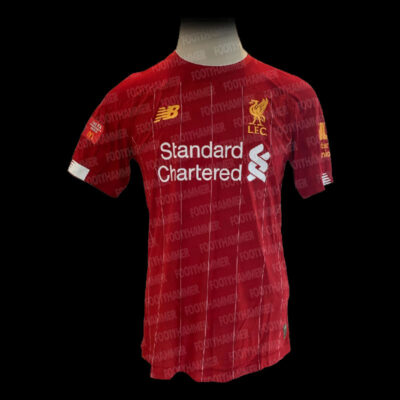 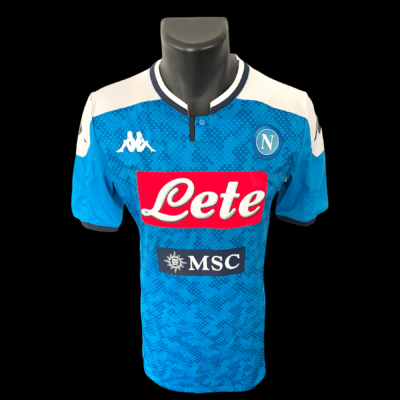 The shirt is the second version of the Black Lives Matter shirts and is also featuring a NHS heart on chest in support of Covid.

Roberto Firmino came to Liverpool in 2015 from Hoffenheim. The Brazilian had a solid first season scoring 10 goals in 31 Premier League games.

He was also an integral part of the Liverpool team that won the 2018/19 Champions League. That triumph paved the way for the long-awaited Premier League title of the 2019/20 season.

During Liverpool’s title winning season, from which this match worn Firmino shirt stems, the Brazilian scored nine goals and registered eight assists in the Premier League. Among his goals were some very important ones such as his winner against Wolverhampton. He also registered three assists in one game against Southampton. Firmino played every single Premier League game on Liverpool’s road to the title. This underlines his importance to Jürgen Klopp.

Since then, he has continued to be a very consistent performer for Liverpool when called upon. During all this success he formed a dangerous trio alongside Mohamed Salah and Sadio Mané.

Roberto Firmino is currently on his eighth season at Liverpool. This makes his one of the longest serving players at the club surpassed only be Jordan Henderson. How you can own this piece of Liverpool history with this match worn Roberto Firmino shirt form the 2019/20 title winning season.