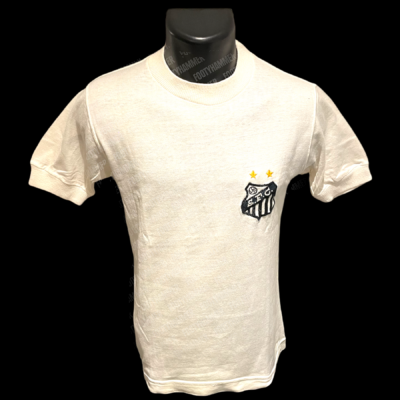 Stunning piece of history available! World Cup 1994 winner Bebeto #7 shirt worn post World Cup 1994, most likely in 1995/96 season. The difference between the World Cup 1994 shirts and this one is the number of Brazil logos and stars representing 4x World Cup Champions as the first in history. Brazil lead by captain Dunga and goalscorers Bebeto and Romario would go on and win their fourth World Cup trophy and first trophy for almost 25 years since Pele back in 1970. Brazil would win it again for a record fifth time in 2002 lead by Superstars and Ballon d’Or winners  Ronaldinho and Ronaldo.

Bebeto was an incredible football player with Brazil, Flamengo and Deportivo La Coruna where he won many trophies and scored many goals. 178 goals in 341 games to be exact. He is however mostly famous for his World Cup 1994 baby celebration goal dance celebration for his newborn son in 1994. 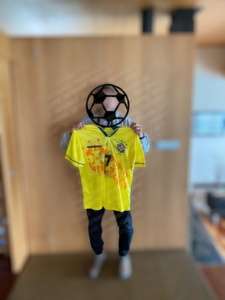 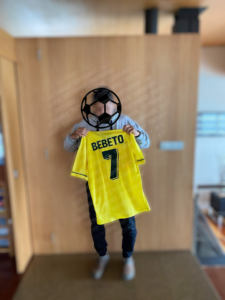