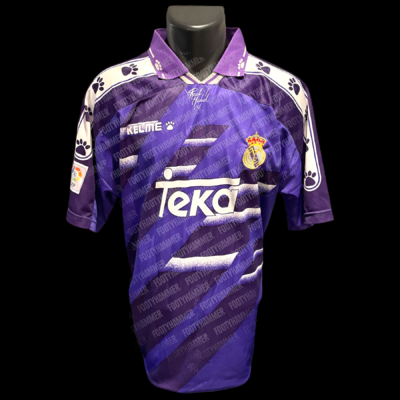 Andrea Pirlo ladies and gentleman! This incredible matchworn Andrea Pirlo #21 Italy shirt is from the UEFA Euro 2008 match Italy vs Romania, played on 13.06.2008.

Italy and Romania drew 1-1 and Pirlo was voted Man Of The Match. World Champions from 2006 Italy qualified from Group C in second place after Holland but was eliminated from UEFA Euro 2008 by Spain after losing on penalties in the quarter final. Daniele De Rossi and Antonio Di Natale missing from the spot. Spain went on to win Euro 2008 and they were by far the best nation at UEFA Euro 2008.

Andrea Pirlo was known for his vision and passing ability, which made him one of the greatest playmakers of all time. He started his career back in 1995 with Brescia before moving to Inter three years later. His career really kicked off in 2001, when he signed for Inter’s local rivals AC Milan.

Pirlo enjoyed ten successful seasons with AC Milan winning two Serie A titles, two Champions Leagues, and more in the process. There he played alongside other Italian greats such as Paolo Maldini. In 2011 he went to Milan’s rivals Juventus, where would go on to win an impressive four championships before ending his playing career with New York City FC.

Pirlo made 116 appearances for Italy, making him the player with the 7th most appearances. Now you can secure a piece of Italian football history with this matchworn Andrea Pirlo Italy shirt from UEFA Euro 2008.