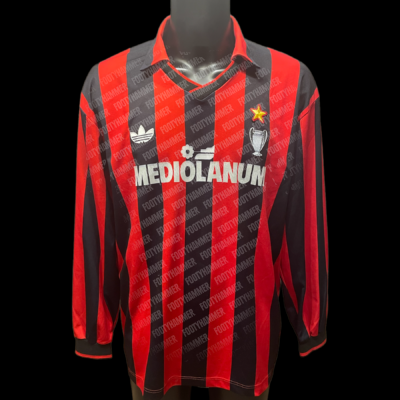 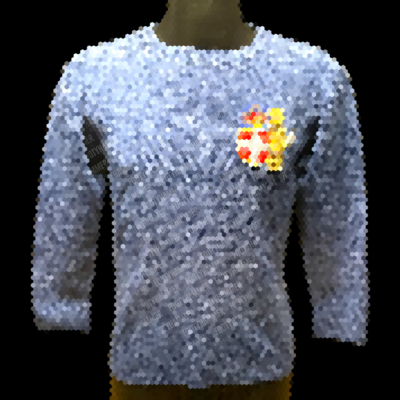 Roby Donadoni played for AC Milan for 10 years from 1986 – 1996 and was a technically hard working Italian goalscoring midfielder.

This is an amazing Roberto Donadoni #7 AC Milan home shirt vs Inter in the Derby della Madonnina, played at San Siro on 19.11.1989. AC Milan won the match 3-0 from goals scored by Marco van Basten, Diego Fuser and Daniele Massaro.

This was one of the most successful seasons in AC Milan history lifting 3/5 possible trophies; the European Cup, European Super Cup and Intercontinental Cup and finished 2nd in Coppa Italia and Serie A, 2 pts after Diego Maradona’s Napoli.